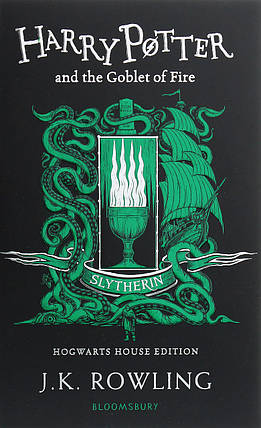 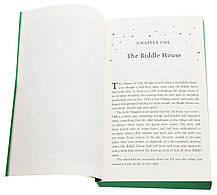 Harry Potter and the Goblet of Fire (Slytherin Edition)

J.K. Rowling is the author of the record-breaking, multi-award-winning Harry Potter novels. Loved by fans around the world, the series has sold over 500 million copies, been translated into over 80 languages, and made into eight blockbuster films. She has written three companion volumes in aid of charity: Quidditch Through the Ages and Fantastic Beasts and Where to Find Them (in aid of Comic Relief and Lumos), and The Tales of Beedle the Bard (in aid of Lumos), as well as a screenplay inspired by Fantastic Beasts and Where to Find Them, which marked the start of a five-film series to be written by the author. She has also collaborated on a stage play, Harry Potter and the Cursed Child Parts One and Two, which opened in London's West End in the summer of 2016 and on Broadway in early 2018. In 2012, J.K. Rowling's digital company Pottermore was launched, where fans can enjoy news, features and articles, as well as original content from J.K. Rowling. She is also the author of The Casual Vacancy, a novel for adult readers, and the Strike crime series, written under the pseudonym Robert Galbraith. She has received many awards and honours, including an OBE and Companion of Honour, France's Légion d'honneur, and the Hans Christian Andersen Award.

Let the magic of J.K. Rowling's classic Harry Potter series take you back to Hogwarts School of Witchcraft and Wizardry. This Slytherin House Edition of Harry Potter and the Goblet of Fire celebrates the noble character of the Hogwarts house famed for its pride, ambition and cunning. Harry's fourth year at Hogwarts is packed with more great Slytherin moments and characters, culminating in the terrifying finale of the Triwizard Tournament, which sees the momentous return of Voldemort, the greatest Dark Wizard of all time .

Each Slytherin House Edition features vibrant sprayed edges and intricate silver foiling. The Goblet of Fire blazes at the very centre of the front cover, framed by stunning iconography that draws on themes and moments from J.K. Rowling's much-loved story. In addition to a bespoke introduction and exclusive insights into the magical paintings of Hogwarts, the book also boasts new illustrations by Kate Greenaway winner Levi Pinfold, including a spectacular portrait of Lord Voldemort himself. All seven books in the series will be issued in these highly collectable, beautifully crafted House Editions, designed to be treasured and read for years to come.

A must-have for anyone who has ever imagined sitting under the Sorting Hat in the Great Hall at Hogwarts waiting to hear the words, 'Better be SLYTHERIN!' 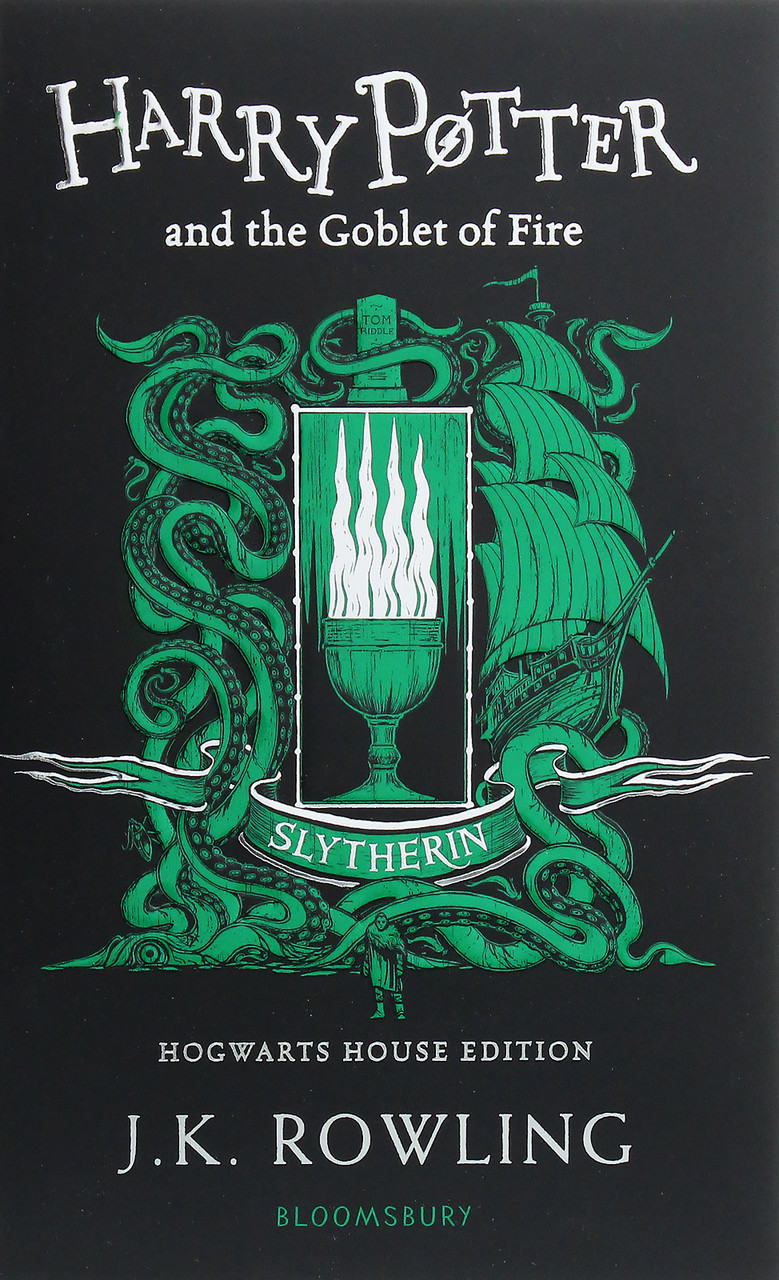