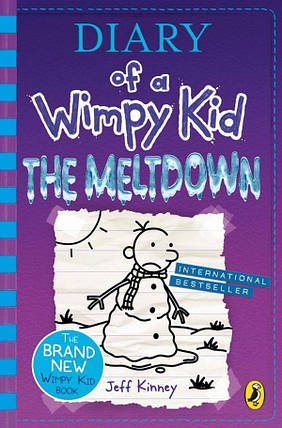 Diary of a Wimpy Kid. The Meltdown. Book 13

THE ONE WITH THE WINTER BATTLE!

Snow has shut down Greg Heffley's middle school! Which should be exciting, but now his neighbourhood is a wintry battlefield.

And Greg and his best friend Rowley are caught in the crosshairs of territory battles, epic snowball fights and massive snow forts.

Can Greg and Rowley navigate the art of war when their street goes into meltdown? Or will they even survive to see another day?

ABOUT DIARY OF A WIMPY KID:
· 50% words, 50% cartoons, 100% hilarious!
· Hilarious stories that all readers can't wait to get their hands on
· Laughter guaranteed!
· 200 million copies sold worldwide