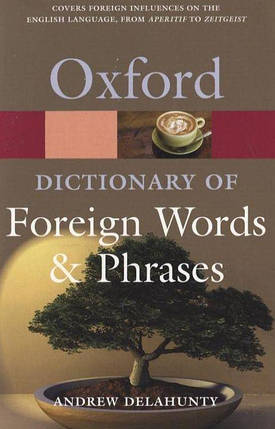 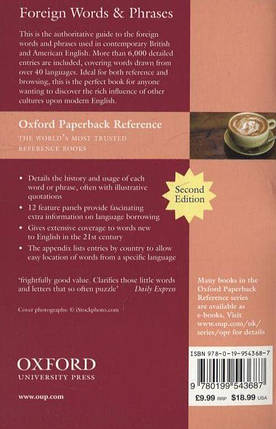 One of the most distinctive characteristics of English is the number of words and phrases it has borrowed - and continues to borrow - from other languages, originally and most notably from Latin and French but now also from every corner of the globe. From the frequently used veranda and futon to the less familiar quinquennium and catenaccio, from the longstanding in vino veritas and vade mecum to the recent doosra and galactico, this highly informative reference book provides a revealing record of that remarkable story. With 6,000 detailed entries from aa to zut, this dictionary is the authoritative guide to foreign words and phrases used in contemporary British and American English. Drawn from over 40 languages, entries provide details of the history of each word or phrase, including language of origin, spelling variants, pronunciation, and its sense and use in English.

Information is given on specific items of interest, such as the use of daemon in Philip Pullman's His Dark Materials trilogy, and full-page feature panels provide extra information on how specific languages and cultures have influenced particular areas of English. This new edition includes 100 new entries including sudoku, uber, and coitus interruptus, plus up-to-date coverage of words that have entered the English language in the 21st Century, including bruschetta, pashmina, and galactico.

Ideal for both reference and browsing, this is a perfect book for anyone wanting to uncover the richness of modern English. 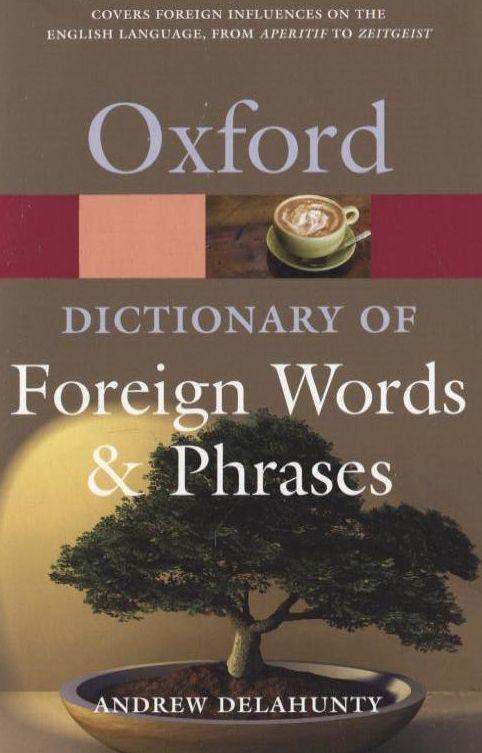